Below is the points breakdown for all assignments/deliverables for the course, sorted chronologically:

* Grades for these will be the average of the TA and Instructor grades; peer review grades will be used to provide feedback.
** Evaluation Sheets are subject to minor changes. 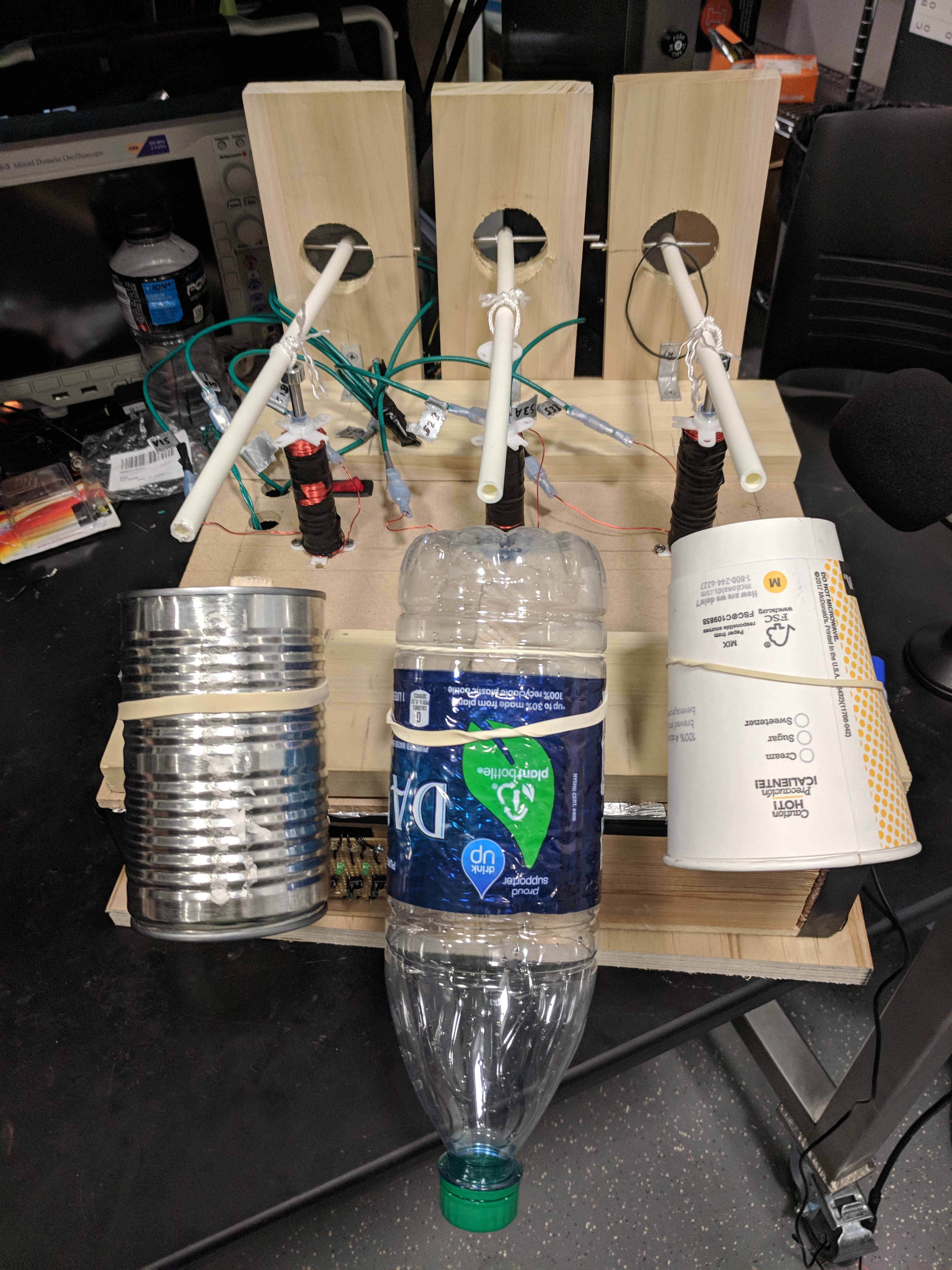 Our group proposes to create robot drummer which would respond to human voice "beatboxing" input, via conventional dynamic microphone, and translate the input into the corresponding drum hit performance. For example, if the human user issues a bass-kick voice sound, the robot will recognize it and strike the bass drum; and likewise for the hi-hat/snare and clap. Our design will minimally cover 3 different drum hit types (bass hit, snare hit, clap hit), and respond with minimal latency.

This would involve amplifying the analog signal (as dynamic mics drive fairly low gain signals), which would be sampled by a dsPIC33F DSP/MCU (or comparable chipset), and processed for trigger event recognition. This entails applying Short-Time Fourier Transform analysis to provide spectral content data to our event detection algorithm (i.e. recognizing the "control" signal from the human user). The MCU functionality of the dsPIC33F would be used for relaying the trigger commands to the actuator circuits controlling the robot.

The robot in question would be small; about the size of ventriloquist dummy. The "drum set" would be scaled accordingly (think pots and pans, like a child would play with). Actuators would likely be based on solenoids, as opposed to motors.

Beyond these minimal capabilities, we would add analog prefiltering of the input audio signal, and amplification of the drum hits, as bonus features if the development and implementation process goes better than expected.