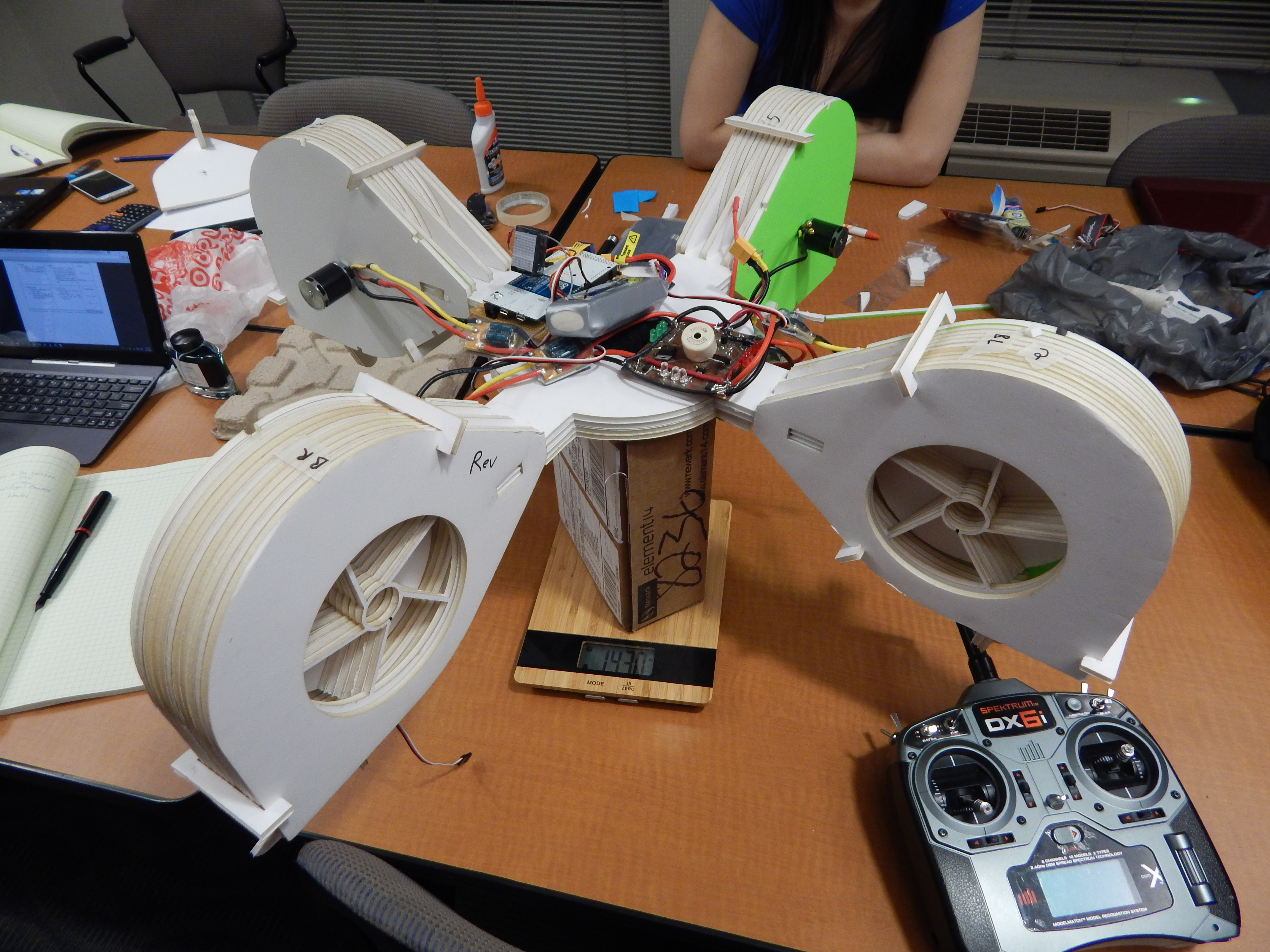 Our project explored the every-expanding field of drones. We wanted to solve a problem with the dangers of plastic propellers as well as explore new method of propulsion for drones.

Our design uses a centrifugal fan design inspired by Samm Shepard's "This is NOT a Propeller" video where he created a centrifugal fan for a radio controlled plane. We were able to design a fan that has a peak output of 550g per fan that is safe when crashing and when the impeller inside damaged.

The chassis and fans are made of laser-cut polystyrene and is powered using brushless motors typically used for radio-controlled helicopters.

The drone uses an Arduino DUE with a custom shield and a PCB to control the system via Electronic Speed Controllers. The drone also has a feedback loop that will try to level the drone using a MPU6050.

We were able to prove that this method of drone propulsion is possible and is safer than using hard plastic propellers.