The design review is a 30-minute meeting intended to make sure that the team has a successful project. Students will present and defend their design while instructors and TAs critique it, identifying any infeasible or unsafe aspects and steering the team toward success. Instructors and TAs will ask questions throughout and may choose the order of blocks to be discussed. Specifically, here is what the course staff are looking for: Prepare for the following sequence.

The DR Grading Rubric is available to guide your DR preparation. Two sample Design Review documents are available as examples of what we expect: a Good Sample DR, a Moderate Sample DR, and a good example R&V table as it was presented in a final report. Notes are made in red type to point out what is lacking. Note that the grading rubrics and point structure may have evolved since these reports were generated, so use them only as a guide as to what we are generally expecting.

Your design document should be uploaded to PACE in PDF format by Midnight the Friday before design review. If you uploaded a mock DR document to PACE, please make sure that it has been removed before uploading the final DR..

Tech must-know and FAQ for design

Here is the link of "Tech must-know and FAQ for design" which is accessible after logging into g.illinois.edu.

Over semesters, ECE445 course staff have encountered repeated mistakes from students. The document above is designed to provide students with the essential knowledge needed in order to have a good design. Spending 5 min reading it might save you 15 hours later. Also, there might be some quiz questions in your DDC or Design Review. Please help us improve this document. We value your feedback! 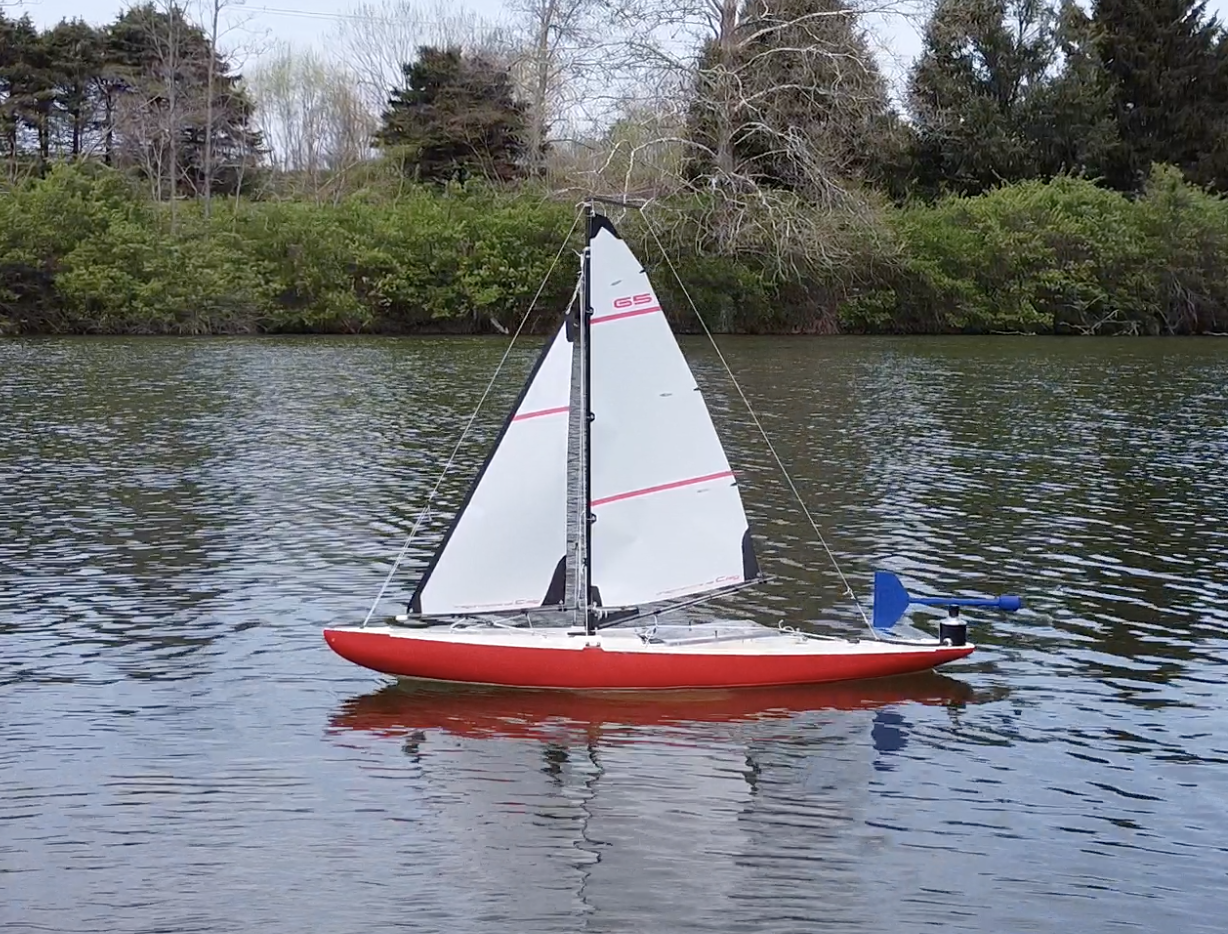 WRSC (World Robotic Sailing Championship) is an autonomous sailing competition that aims at stimulating the development of autonomous marine robotics. In order to make autonomous sailing more accessible, some scholars have created a generic educational design. However, these models utilize expensive and scarce autopilot systems such as the Pixhawk Flight controller.

The goal of this project is to make an affordable, user- friendly RC sailboat that can be used as a means of learning autonomous sailing on a smaller scale. The Autonomous Sailboat will have dual mode capability, allowing the operator to switch from manual to autonomous mode where the boat will maintain its current compass heading. The boat will transmit its sensor data back to base where the operator can use it to better the autonomous mode capability and keep track of the boat’s position in the water. Amateur sailors will benefit from the “return to base” functionality provided by the autonomous system.

Pixhawk - Connect GPS and compass sensors to microcontroller that allows for a stable state system within the autonomous mode. A shaft decoder that serves as a wind vane sensor that we plan to attach to the head of the mast to detect wind direction and speed. A compass/accelerometer sensor and GPS to detect the position of the boat and direction of travel.

5 channel 2.4 GHz receiver - A receiver that will be used to select autonomous or manual mode and will trigger orders when in manual mode.

5 channel 2.4 GHz transmitter - A transmitter that will have the ability to switch between autonomous and manual mode. It will also transfer servos movements when in manual mode.

2. Boat can maintain a given compass heading after being switched to autonomous mode and incorporates a “return to base” feature that returns the sailboat back to its starting position

3. Boat can record and transmit servo, sensor, and position data back to base